These Chairs Have History!

You know the old saying, "everything old is new again"?
The idea that mid-century modern furniture is uber popular kind of makes me smile.
You know....that stuff we thought looked so tacky in our parent's living rooms.....??
That is the stuff our kids lust after at Wayfair and West Elm. 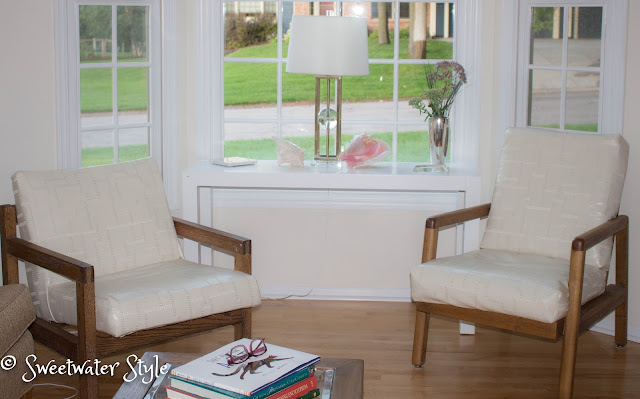 They may not have quite the same "fancy-ness" as the West Elm or Overstock versions, but they have something that I like even better! 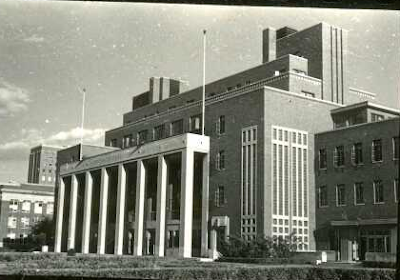 One of the chairs actually came from Coffman Memorial Union at the U of M!

It was given to us by a friend who somehow "liberated" it sometime in the late 1960's!
I have fond memories pulling a couple of these chairs together to take a study break while I waited between classes.  So when we had the chance to have one to furnish our apartment, we jumped at the chance.

Through the years, the single chair got lots of makeovers.  New cushion covers and even a coat of white paint.  I was never able to discard it....but always tucked it in the corner.

The other chair doesn't have quite as clear a provenance.  It was a streetside rescue.....saved by the Sweetwater Daughter a couple of decades later!

It only made sense that our old chair would join the "new chair" in her house...
Until.....
She found some new chairs and wondered what to do with these treasures...

I knew!
....a trip to the fabric store was in order.
This really nice faux leather was perfect. Maybe I should call it VEGAN leather?
Anyway....the color was perfect and it would also solve the problem of cat hair on the cushions when company comes.  Just a quick wipe and even people wearing black can sit on them. 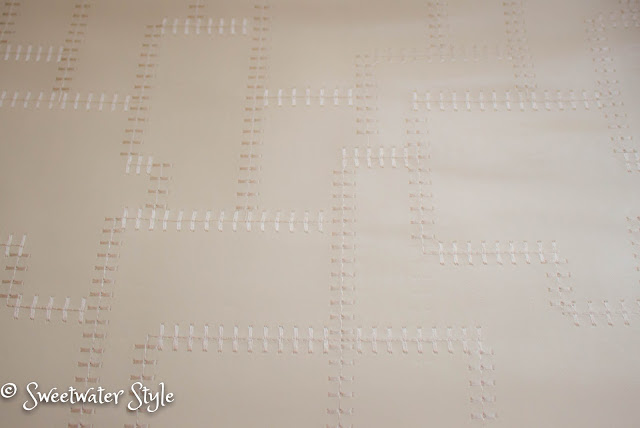 The project of recovering them was a combination of wrapping and sewing.  This is one of those times when a "tutorial" doesn't make sense.  Every chair project is different.  My advice to you if you want to try something like this....just start!  Worst case....you can take it to a "real" upholstery shop. 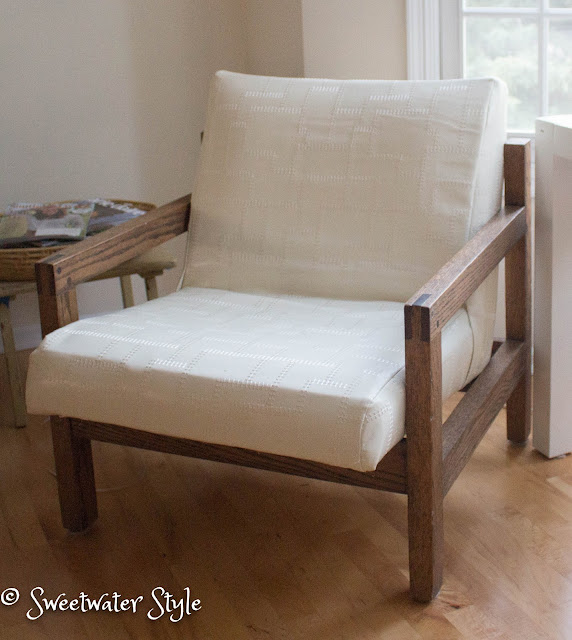 I think these were worth the effort!

Now...when people lust over "vintage" furniture...I can smile and know I have the real deal in the living room

In case you were wondering about the difference between antique, vintage and retro, read on!
Here is what the good folks over at Apartment Therapy have to say!
OFFICIAL DEFINITIONS:
What is antique?
According to Merriam Webster, an antique is "a relic or object of ancient times" or "a work of art, piece of furniture, or decorative object made at an earlier period and according to various customs laws at least 100 years ago." Ruby Lane, an online marketplace of independent antique and collectible shops, offers a similar definition, explaining, "Most authorities consider the actual definition of the term 'antique' to mean an age of at least 100 years. If an item is not definitively datable to 100 or more years in age, it should not be directly referred to as an antique."
What is vintage?
If antiques are things that are 100 years old or older, what are vintage pieces? The defnition of vintage is trickier. According to Merriam Webster, the term vintage relates primarily to wine and is an altered form of the French word vendage, meaning "the grapes picked during a season." One of its secondary definitions is "a period of origin or manufacture" (e.g., a vintage 1960s Mercedes) or "length of existence: age." Ruby Lane provides a much more helpful explanation, noting that "an item described as 'vintage' should speak of the era in which it was produced. Vintage can mean an item is of a certain period of time, as in "vintage 1950's" but it can also mean (and probably always should) that the item exhibits the best of a certain quality, or qualities, associated with or belonging to that specific era. In other words, for the term vintage to accurately apply to it, an item should be somewhat representational and recognizable as belonging to the era in which it was made." Ruby Lane also suggests that 'vintage' should not be used in reference to objects less than 20 years old.
What is retro?
According to Merriam Webster, retro is "relating to, reviving, or being the styles and especially the fashions of the past : fashionably nostalgic or old-fashioned." Retro furniture may not actually be old but it references styles of the recent past. Retro can also mean something that is not very old but is old enough to be more than just "so last season". (i.e., the woman wearing the early 80s high-waisted jeans because she hasn't updated her wardrobe since the Reagan Administration is not retro. She is just outdated.) I am still not entirely clear on the difference between retro and vintage, I must admit. There seems to be some overlap. For whatever reason, "retro" makes me think of mod, geometric shapes and "vintage" conjures up images of faded, floral fabrics. But that's just me!

Good to know!
Have A Great Day!

Posted by Sweetwater Style at 8:25:00 AM No comments: Links to this post

The table on our deck has a glass top.
The shape and size of the table is great.
The metal edge matches the other furniture.
BUT.... 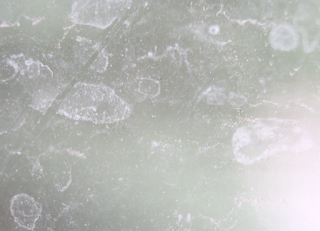 I obsess over all the water spots and other outdoor "schmutz" that gets on the glass!

I really do not want to have to wipe the table down every time we go out to use it.....

And just looking at it....is annoying!

I want some sort of "semi-permanent" covering on the table.
It needs to be weather resistant and sturdy.


I found some table cloth ideas out there:

I found a mitered fitted cover at Smashed Peas and Carrots,

There is an elasticized tablecloth on Amazon....heck...I suppose I could even make one of these....

I made this one a few years ago.  It has weights sewn in the hem to keep it in place.
Read about it here:  http://sweetwaterstyle.blogspot.com/2016/07/almost-no-sew-outdoor-box-cushion-and.html 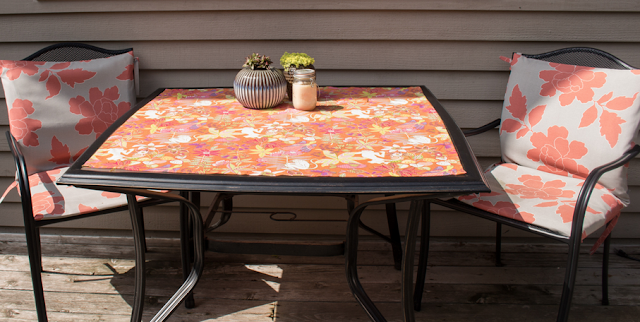 I still have this...but the decor on the deck has changed.
I headed to the fabric store to find an sunbrella fabric to make another just like it...

AND THEN...I came across something called Ballistic fabric.  It looks like the stuff that outdoor chairs have for seats.
I got mine at a fabric outlet store for 9.99 a yard.  Here are some specifics and a source if you are interested. 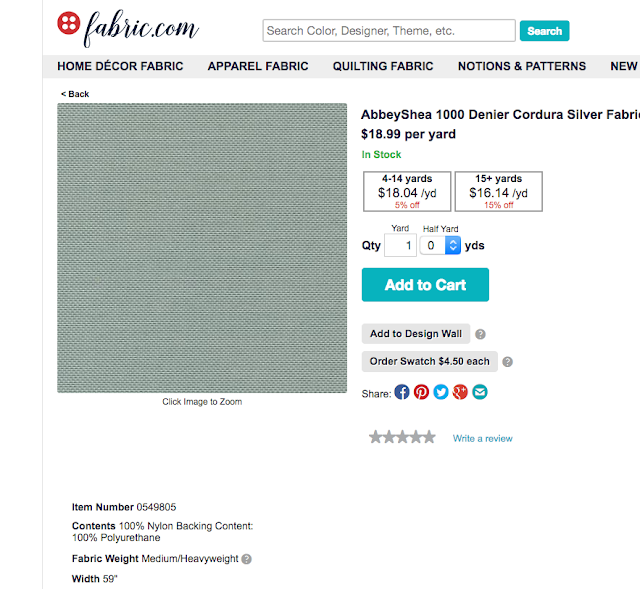 The plastic woven fabric is the perfect solution.  It just needed to be cut to size.  By cutting it exactly to fit into the metal frame,  the fabric almost looks like it has been "glued" down. 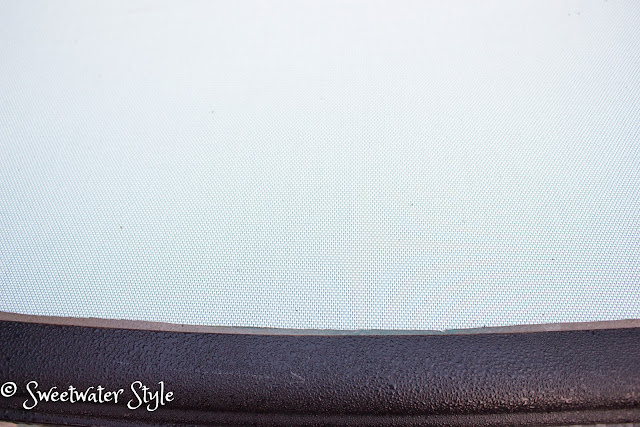 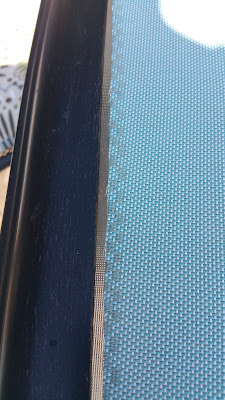 The raw edge doesn't look too bad, but I decided to use the built in embroidery stitch on my sewing machine to add a little "fancy".

This simple solution makes a nice alternative to constantly wiping away water spots.
The ballistic cloth can be scrubbed with a brush and hosed off when it does get dirty. 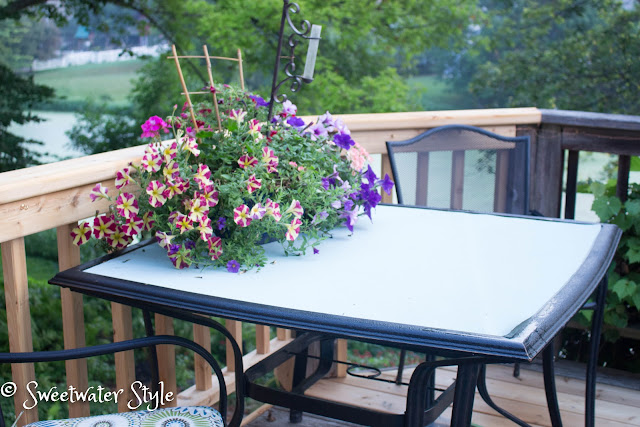 Have A Great Day!

Posted by Sweetwater Style at 12:51:00 PM No comments: Links to this post

Marvin the cat has developed the most annoying habit/craving!


He seems to NEED to eat almost any foliage that is in any floral arrangement in the house.
He doesn't bother the house plants....just the greenery in flowers.
And of course.....after munching....there is the puking that follows!

In fact....he even tries to eat the husks on the sweetcorn if it is sitting on counter....go figure!!!!

Now...you know I am NOT going to give up having flowers in the house!!!
And....you know that a flower arrangement needs green filler to look pretty!!

What to do?
Wanna see? 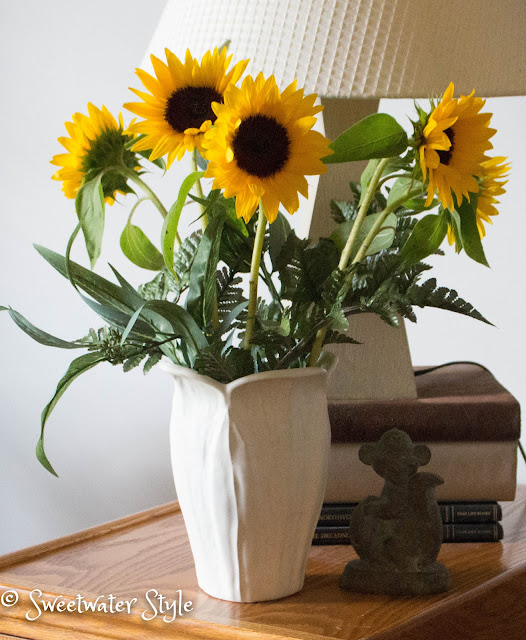 These lovely Sunflowers just cried out for Hosta leaves.....Marvin's absolute FAVORITE greens to munch on....
Since that wasn't an option..... 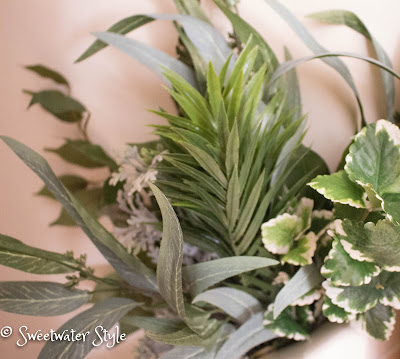 I headed to the craft store and bought the best looking "permanent botanicals" that I could find.

I looked for things that are often used as fill at the florist shop.

But....the proof is in the photos.

Look again at the sunflowers.
You have to look really hard to see that they are not real.

In fact....Marvin keeps sniffing them...and then turning to give me his best "stink-eye"!

Here are some more examples. 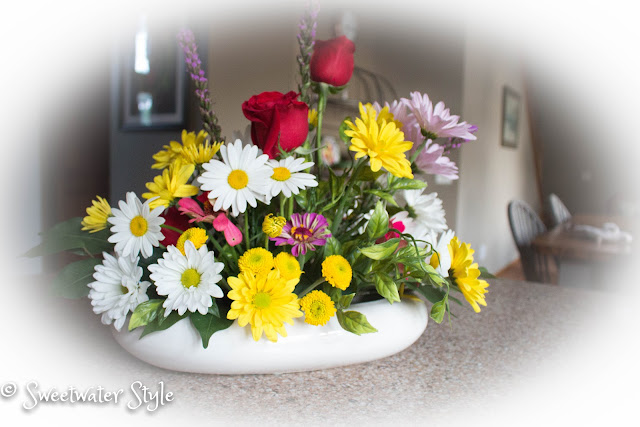 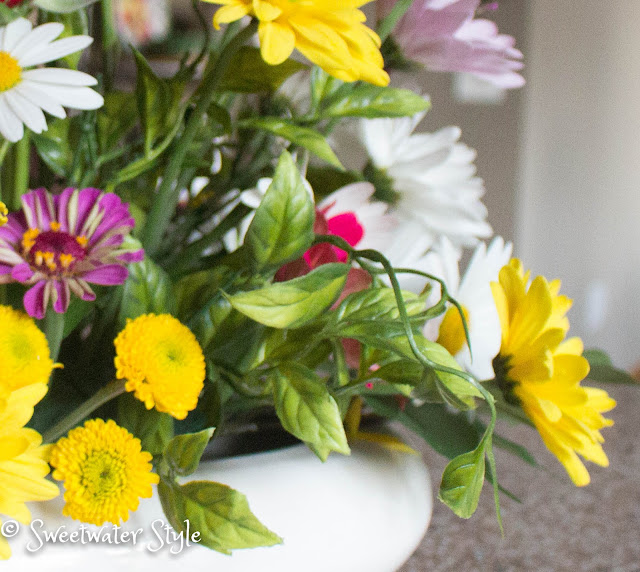 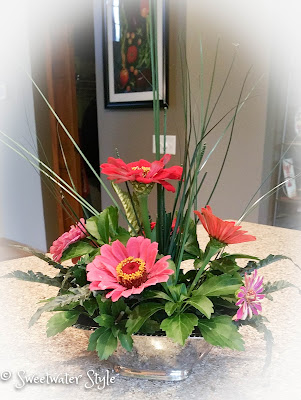 These Zinnias are tucked into some Dollar Store ferns and spiked grass.  There is a little real pachysandra too....that is one that Marvin doesn't eat.


Now obviously, I would rather use real greenery.
But given the choice of using artificial greens with real flowers or cleaning up cat vomit....I bet you can guess which one I pick.

Have A Blooming Great Day!

Posted by Sweetwater Style at 8:58:00 AM No comments: Links to this post